The River Moy opens again today for angling after what has been an extremely wet couple of months.  Most weather stations recorded record rainfall totals in December and this resulted in some huge floods making their way down the Moy valley.  There has been movement of sand and gravel down the system and with levels remaining high it hasn’t been possible yet to determine what changes have occurred to the pools. 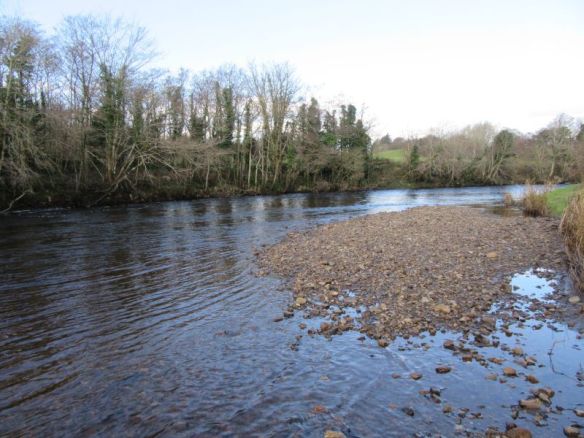 Two feet of sand and gravel has been deposited in this pool in Ballintemple after storm Desmond.

Fishing prospects for the first couple of months of the season are usually limited but when  conditions become suitable a few fish should be caught in February behind the boxes in Ballina, with the run picking further in March as the early fish run through to the lakes.

Up in the East Mayo Anglers Association stretch recent years have seen the first fish of the season landed in the first week of April with the run of spring salmon peaking in May.

I look forward to another salmon season myself but probably wont do much fishing before April,  although the Drowse and the Delphi could be on the cards before then!  I hope to start daily reports again sometime in April so for now good luck in 2016. 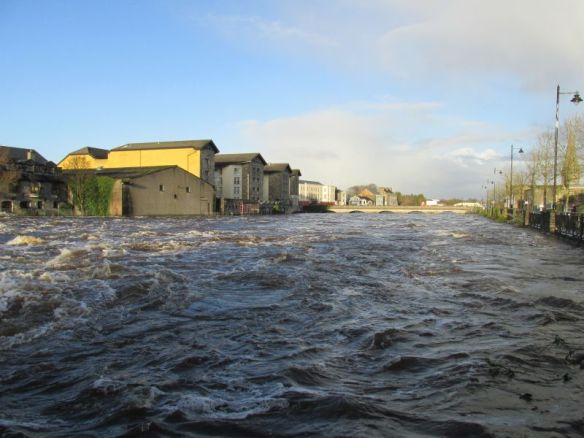 The Ridge pool after storm Desmond.